2011: Grand Opening of Sephora in Halifax

Originally posted August 12, 2011 on my personal blog: Life After Mum

August 12th, 2011 brings a remarkable thing to my home of Nova Scotia. One of the most amazing beauty stores opens in our local Halifax Shopping Centre. This store’s opening has been a rumour for the past 5-6 years. When I learned on April 2nd of this year that the rumour was finally a reality I was over the moon with excitement!

Up until now I have to be honest, I’ve only ever been in a Sephora 3 times. I have since before longed for Sephora from afar. I have read more reviews on products sold at Sephora for numerous years only ever having only enough money while on a trip to Toronto’s Eaton Centre. They carry more than 250 brands as well as their own line. Many locals don’t know what Sephora is, so I’m going to elaborate a bit.

Sephora has been around since the 70’s (I know! Shocker!) and is actually based out of France(another shocker!). It was bought by the LVMH group. What group is this you ask well to be honest I was happy to learn that the LV stands for non other than the good ol’ French fashion chic Louis Vuitton. The Louis Vuitton and Moet Hennessy group bought Sephora in 1997 and then shortly opened the first USA store that very same year in New York. It’s been growing in North America ever since.

For those not familiar with exactly “what” Sephora sells, it’s a bit of everything the beauty industry has to offer.  Various makeup brands and products, skin care that ranges from low-end to extreme high-end, 100’s of fragrance options by the top brand names, bath and body, hair product that isn’t just shampoo and conditioner, and make-up tools up the wazoo! This may sound overwhelming, many do find it just that, but any great makeup artist will tell you, you have to keep trying the different products that are available out there to find what work’s best for your skin. It’s hard for most women to even find one item they consider their “holy grail” (HG)for any one area of their face. I can attest to this. I’ve been wearing makeup since I started Junior High school in 1995 and I have always worn mascara and a pressed powder compact of some kind.It has taken me since then to find my HG of mascara. It has cost me hundreds of dollars over the years to find it, and I will never look back. (Which one I use to come soon. Stay tuned.)

So enough about Sephora’s history. What about the new store in Halifax? What are my thoughts? Feelings? Opinion after 5 years of rumours and waiting?
simple….

It’s everything I hoped and dreamed for. 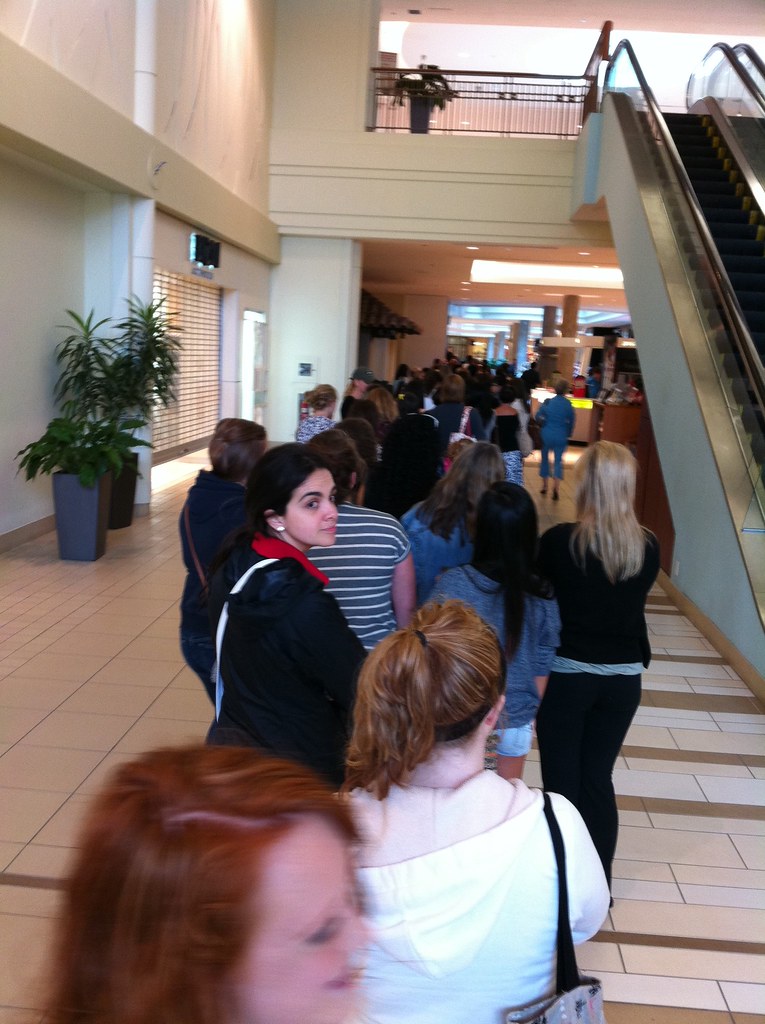 I arrived with MrHix (I’m lucky to have such an amazing husband!)at Halifax Shopping Centre at 9:15. 15 minutes before open and was greeted by a massive line. (picture to the left)I know i could have arrived earlier, but why? I wanted to take my time in the store so it wouldn’t matter if I was first in line or last. I just knew I wanted to be there when the doors opened.

Soon after entering the line we estimated about 150 people were in front of me and then before I knew it about 20-30 more were behind me. It was as if a fairy tale was coming true for all the makeup lovers in town. We all wanted to be there. We all needed to know it was real! No longer a rumour! 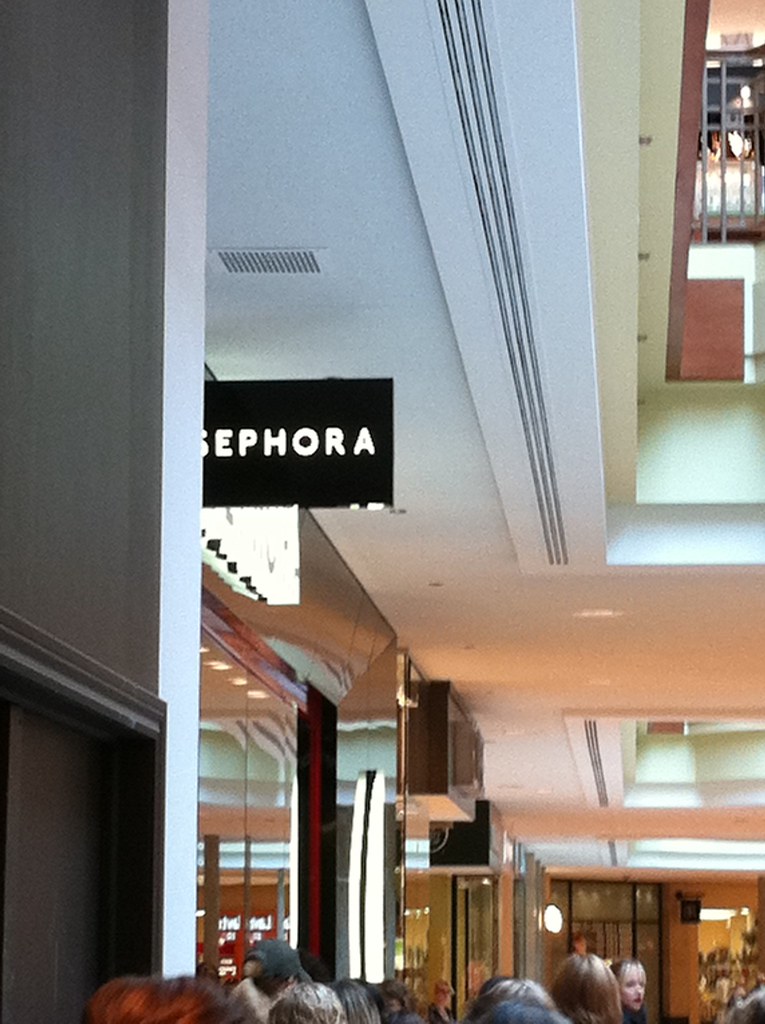 At 9:25am at the head of the line, camera’s started to fire flashes taking pictures for the local papers. (Click HERE to read this morning’s local paper, the Chronicle Herald, article on the opening) 5 minutes later the line started to move and soon enough, the little black sign with white writing was in sight! (picture to the right)

150 people later and I was at the doors! Finally! It’s real! It’s tangible. Beauty products at my finger tips! No longer enjoyed from afar through internet reviews!

I instantly went for my HG of mascaras, Bare Essential’s BUXOM blackest black mascara ($24). Not only did I pick up one for myself, but I grabbed one for MsJillian as well as an early birthday gift. She unfortunately had to work so couldn’t make it to the opening so I thought I’d bring it to her!

But more on my haul in the next post! This is a review on the store itself.

There’s nothing quite like walking into a brand new store.
Smelling the ‘new store’ smell as if we had just purchased our very own brand new car. 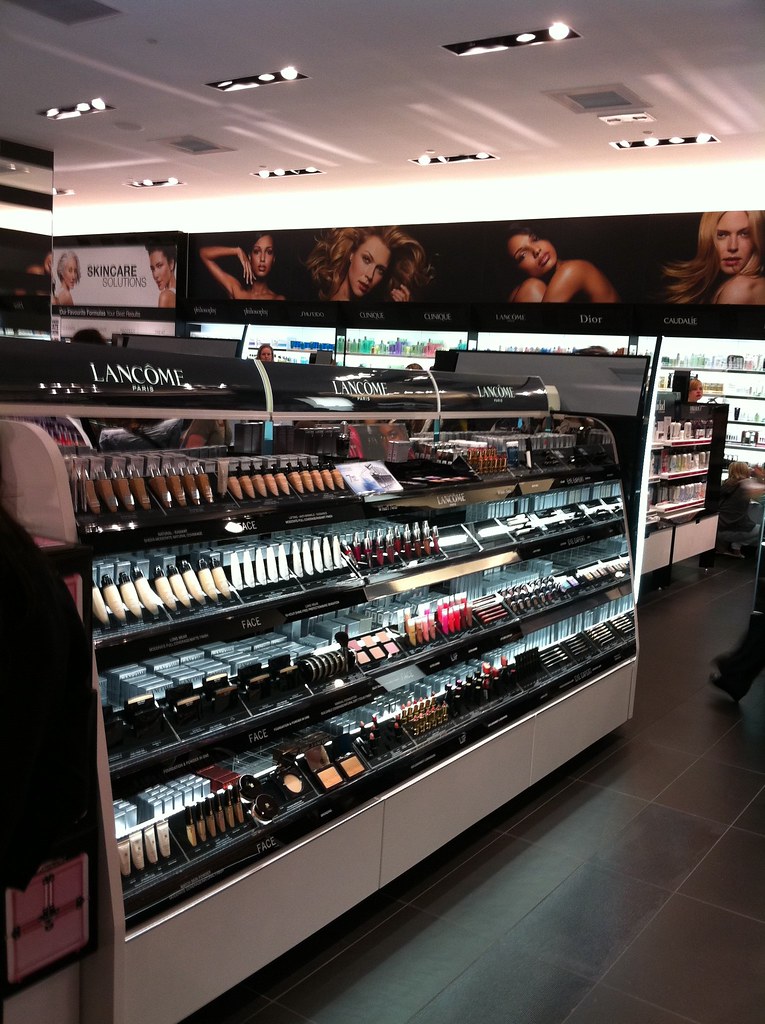 I have seen 100’s of photos and read reviews on other Sephora’s across North America and I have to say though we may not the largest, it definitely is the friendliest! It has a wonderful variety of latest hits and old favorites! Dior, Lancome, Bare Essential’s, Makeup Forever, Urban Deay, Too Faced, Bumble and Bumble, Philosophy, Tarte…. the only thing missing was Bobbi Brown. 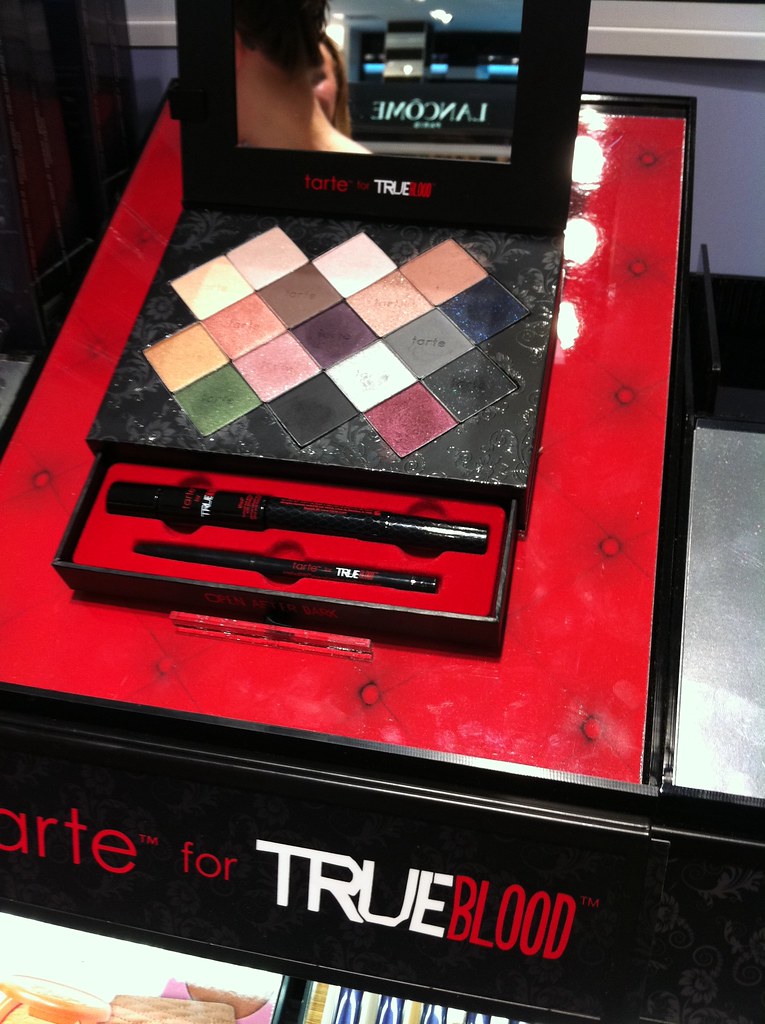 Needless to say I have had a Sephora list on the go for weeks now. I only had a few essentials, but knew there would be a few add ons.

As I started to make my way through the store I found many familiar faces, even a few friends. Then I found Bea. Brandy. She had been hired on to work at Sephora and I was just dying to find her. She finished with her customer and then took me around the store introducing me to products I hadn’t even heard of. Even if I didn’t know her on any sort of personal level I would still find her incredibly knowledgeable and very energetic! MrHix had the pleasure of working with her at Starbucks before he was given a store of his own and she moved on to other things. I’ve always enjoyed chatting with her. Often about makeup and zombies. 😉 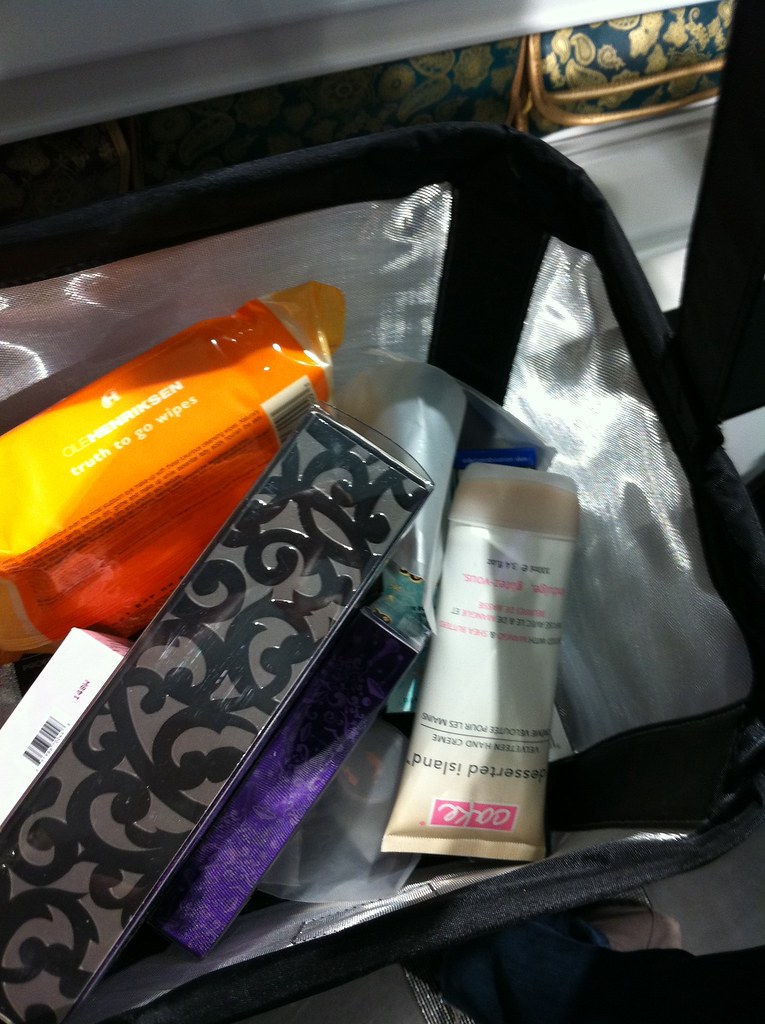 Needless to say come the end of my tour with Brandy my basket was full.

She introduced me to at least 4 or 5 lines I had never heard of and at least 6 different products I hadn’t experienced! I will be reviewing what I purchased soon enough.

I have always enjoyed shopping for my makeup. Chatting with the reps and learning their tips and tricks as I shop. If you ever want to find out what’s hot, open a magazine. If you want to find out what works, talk to a make up artist or store rep. They’ll break it down for you.

After my basket was full I was then on to the daunting task of the lineup for the cash.

Thankfully I knew it would be awhile and the ever patient MrHix waited for me outside the store. 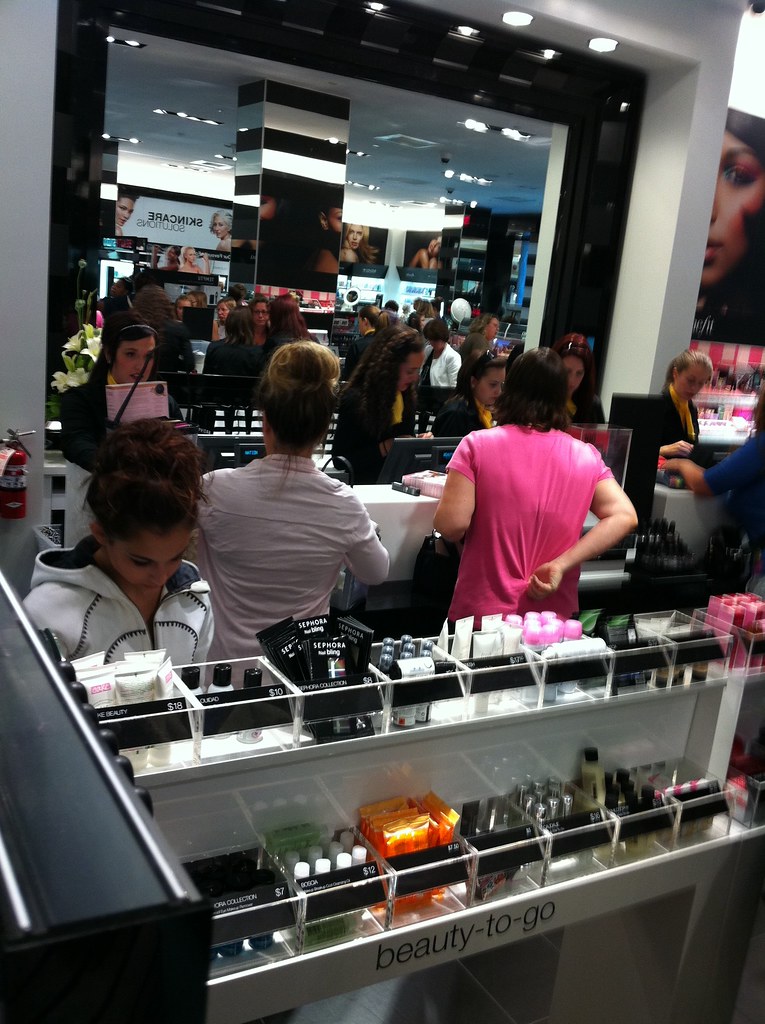 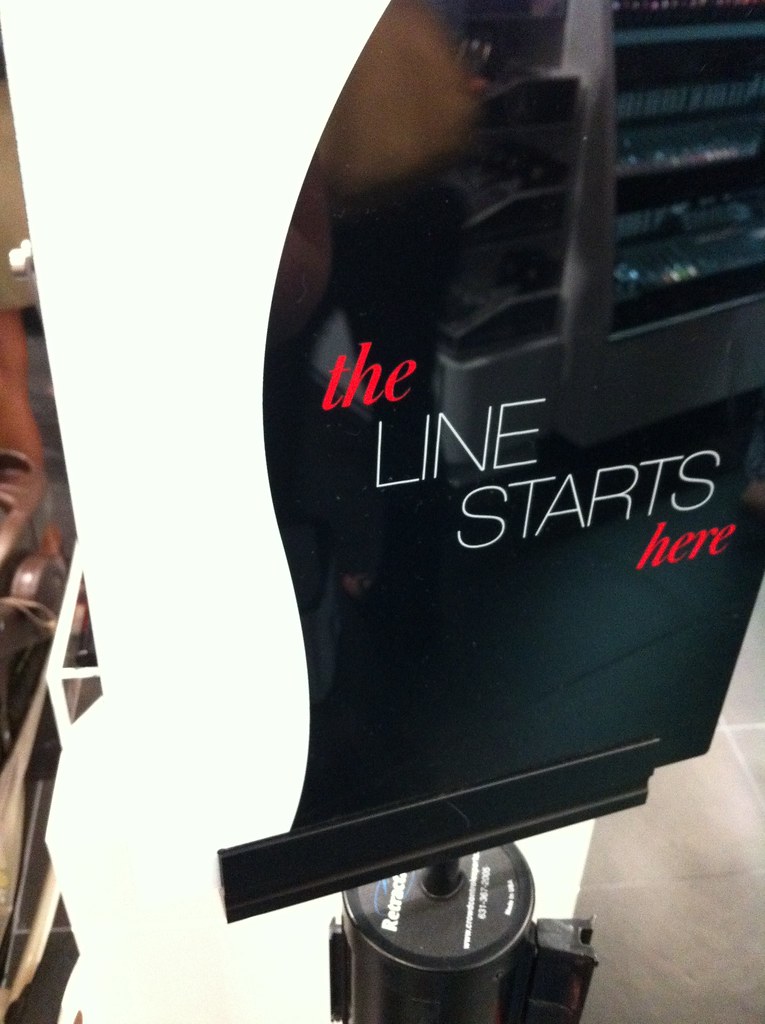 It took 45 minutes to simply reach the cash and another 10 to make it through what would be considered the normal lineup. (above) but it was worth it! 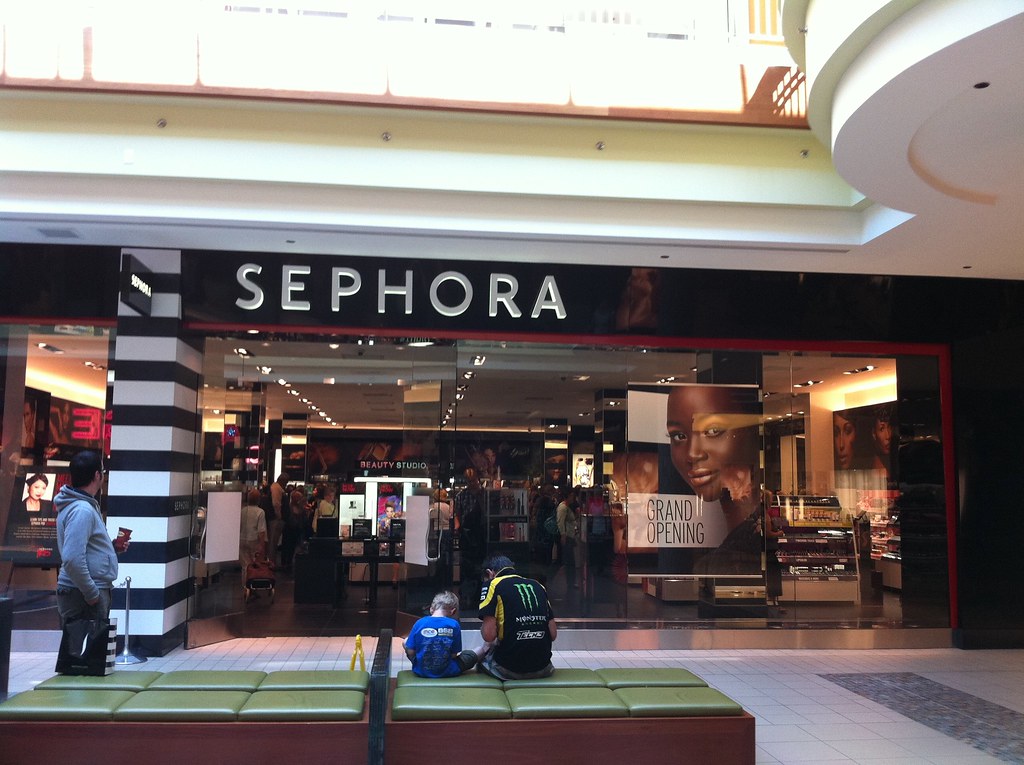 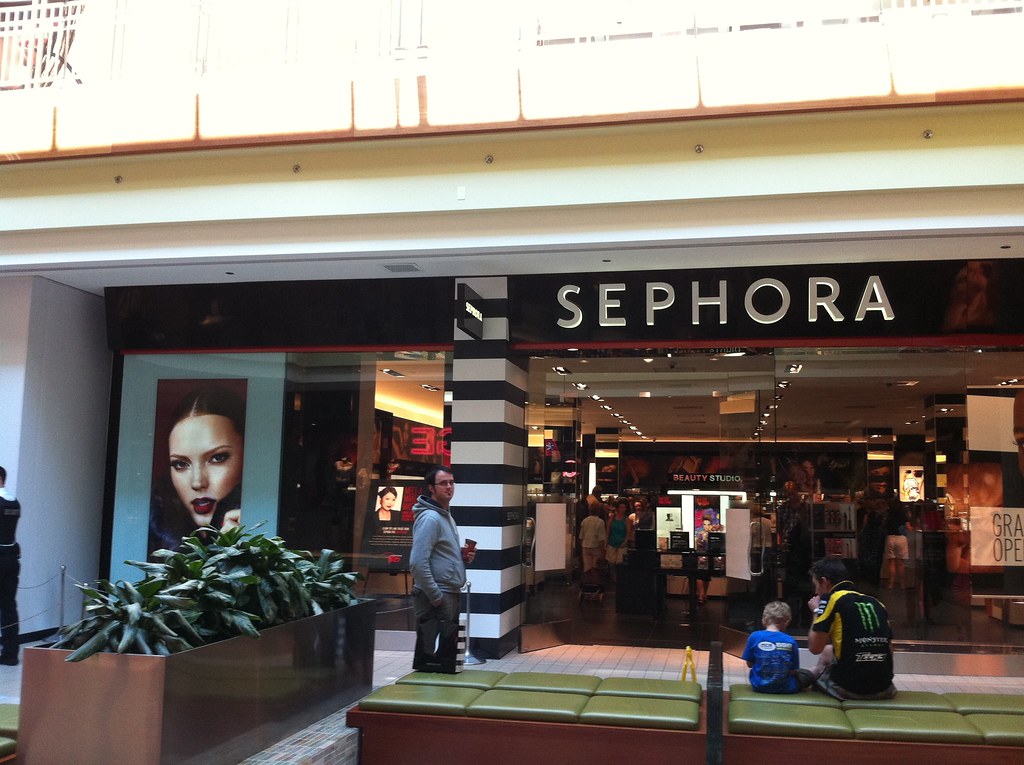 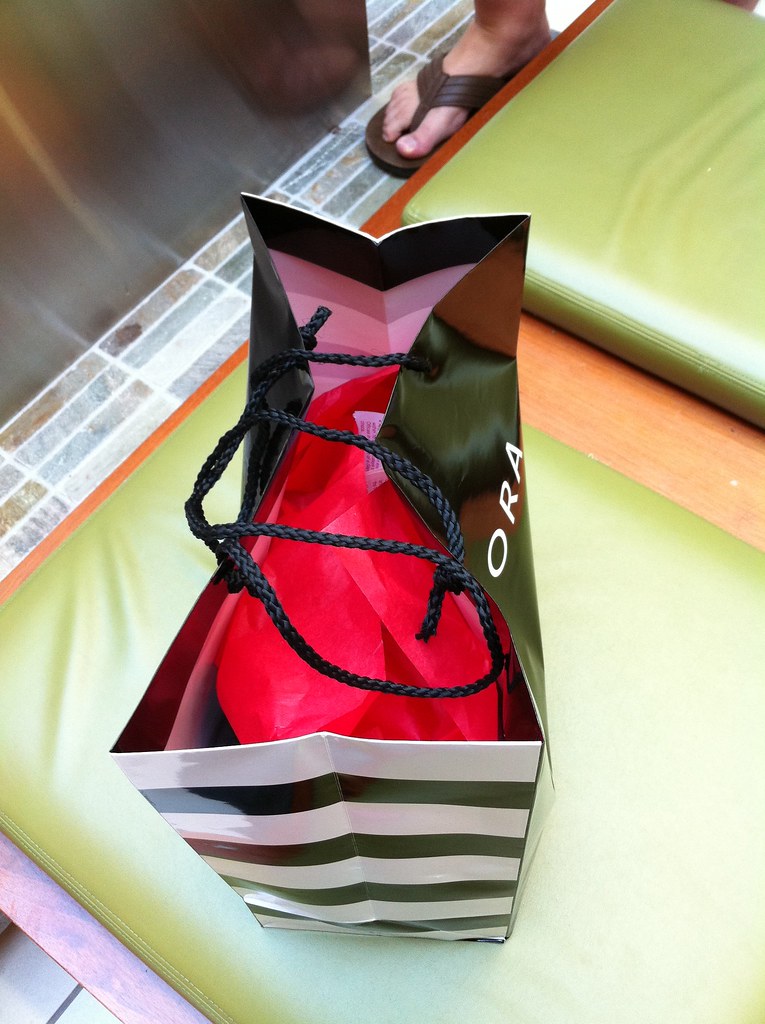 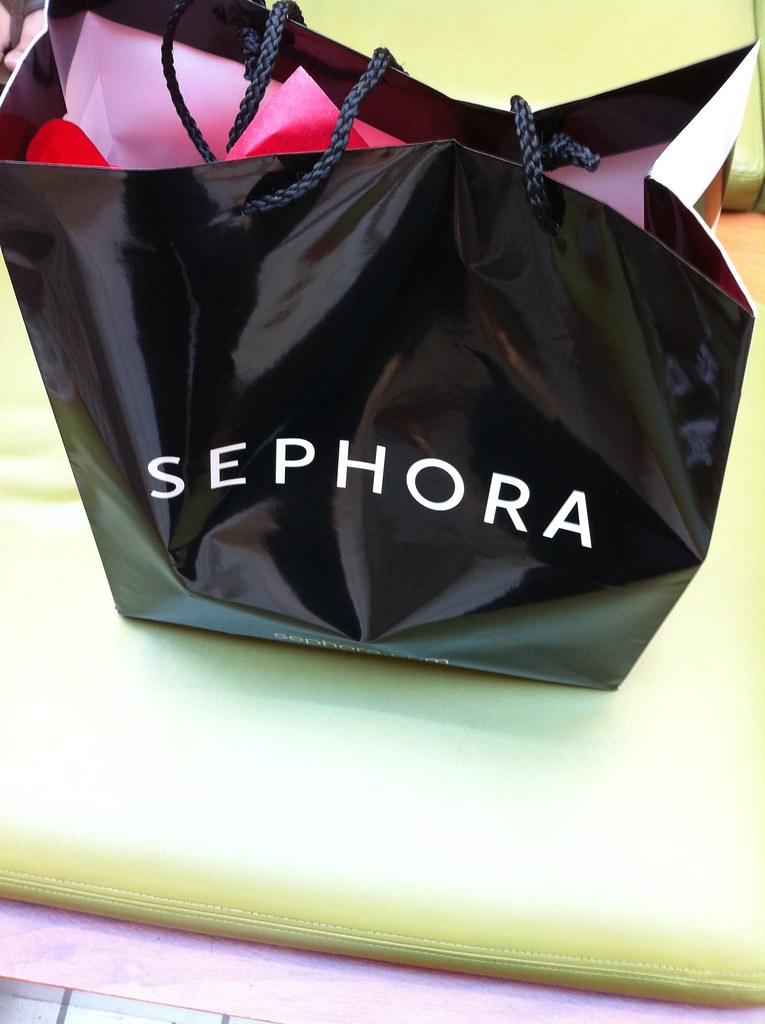 All in all I’m thrilled with my purchases…. even after my price tag. (below) 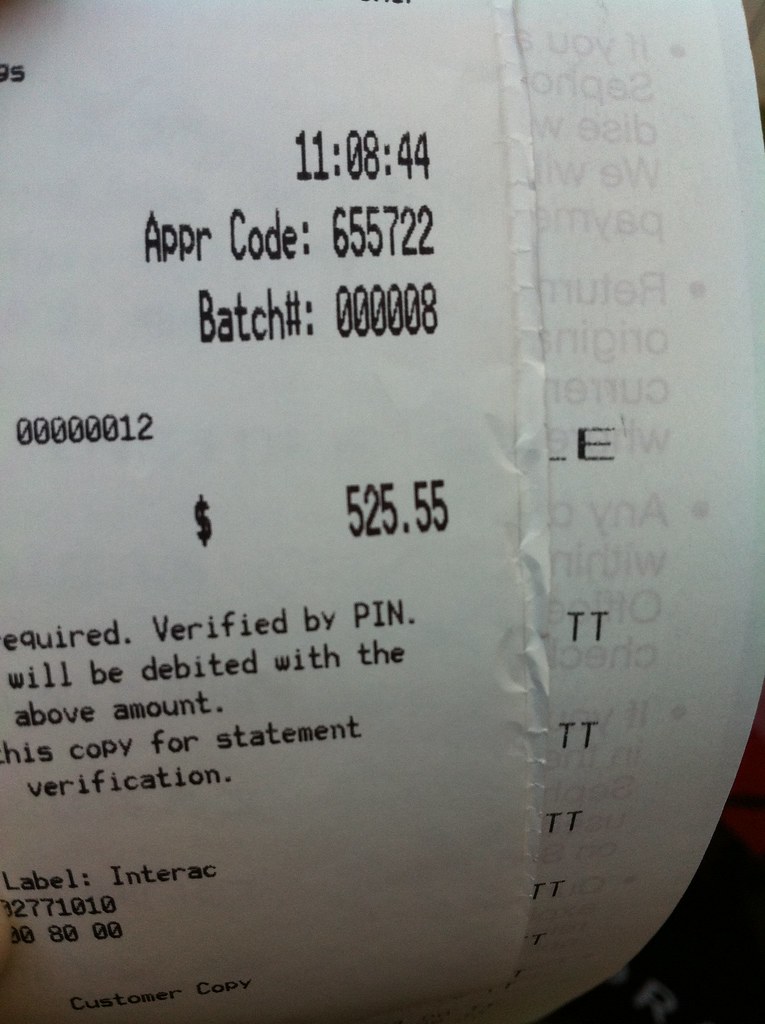 I can honestly say the opening of a big store like Sephora is going to do wonders for Nova Scotia’s economy. It’s also proving that the east coast is ready for the big stores. With Starbucks making a dent in the coffee industry and Sephora making way for amazing beauty products, I can’t wait to see what Victoria Secret and Hollister have to offer up! Here’s to Halifax’s future as a shopping destination for the Maritimes!

I can’t wait to make my way back to Sephora. Though after that pretty penny, it might be a bit.

Welcome to my blog!

Check my blog often for tutorials, how to's, DIY's, product reviews and much more!