Comments Off on Style Icon: Twiggy

I thought I’d do something a little different today.
I thought, why not feature a style icon for a change?
Change it up a bit!

So I thought I’d start with the icon of eyeliner, lashes, the mod era and turning modelling into a brand, Twiggy. 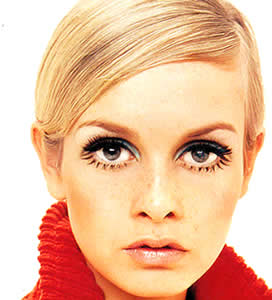 This 60s bombshell had short hair, bold eye makeup, and a super slim frame and it made her every fashion magazine’s dream.

But what made Twiggy so cool?

Google Twiggy and you’ll understand why she was so hip! Twiggy was the mod queen of the 1960s. She embodied the movement with its music and style of dress. She did it all and without a glam squad or professional makeup artist on call to help either.

“I’ve done my own eye make-up since I was 14 and in my mod phase,” Twiggy explained in an article she wrote for the Daily Mail.  “It was a very specific look, heavy round the eyes. I’d mess about with eyeblack – a pot of solid black liner mixed with a bit of spit on the end of a fine brush. I wanted smoky eyes like the 1930s screen goddesses.”

Twiggy obviously loved the drama. Her lashes are coated to the max, with small bottom lashes even drawn on for added emphasis. But just how did  achieve it?

“Back then I was layering three pairs of false eyelashes over my own and would paint extra ‘twigs’ on my skin underneath. The final touch was blocking out my lips with pancake. When I started modeling I would set the alarm for 90 minutes before I had to leave, as it took that long to apply the make-up. It was so therapeutic and such fun.” 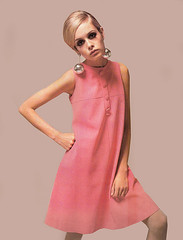 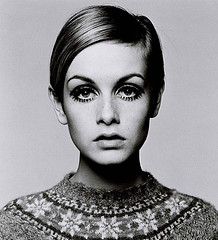 Here are the key looks to the 60s:

Here’s an icon image tutorial from back in the 60s of Twiggy applying her famous eye makeup. 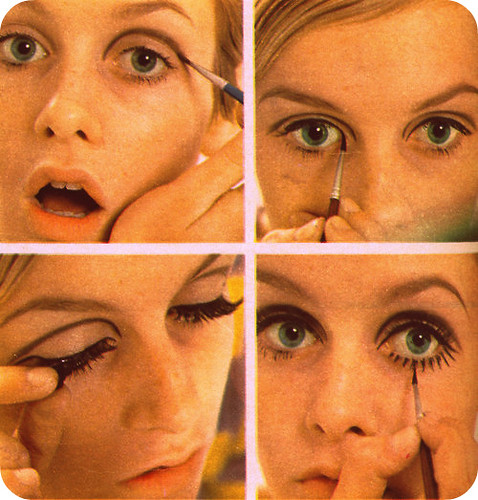 What did you think of my lil style icon post?
Let me know!

Welcome to my blog!

Check my blog often for tutorials, how to's, DIY's, product reviews and much more!